Version 2.2 of the iOS Console is now available in the AppStore.
This is a major rewrite of the console, and although it went through a beta testing phase, some issues have now been reported with the final version in the store.
We’re looking into the issues and will release an update to fix them. In the mean time, we advice not to update your existing console.

Issues that have been reported so far:

It seems that we are many users having issues with the new iOS console (v2.2). I do confirm like many, that the sliders are not working anymore.
Any idea on the rough timelines for fixing the issues? On my side I cannot revert to the previous version…

Thanks again for the hard work!
Kind regards,

We have a first update that now fixes some of the more pressing issues reported so far:

The
fastest way for people to get hold of that version (mainly for those that have already upgraded to 2.2 and can’t rollback) is to participate in the public beta. Please send me your e-mail address (eric at openremote dot org) and I’ll add you to the list.
The build should be available later today.
Once
a few people have reported the fixes work and no new blocking issue, we’ll release to Apple for publication on the AppStore.

Same issues with sliders, I send a mail to subscribe to public beta,

Thanks for this great app!

one more thing which I noticed when operating the new console: The control symbols for which I use two images (image and press image) also do react different. Initally I thought the flip between image and press image would not work at all anymore. Then I realized, it does work, but you have to press and keep pressure on the immage a little longer.

Thanks for your excellent work on this.

For me, background images disappeared. Strange, as they were there with previous beta.

Hi
I used the beta version via the TetsFlight app on an iPhone 6s.
For me, no png graphics work. Since all my graphics including the background color image are pngs, I couldn’t see anything besides the text

So my interface is not usable as is; needed to take out all images…

Still getting the “ERROR OCCUR: Generic HTTP error” when authentication is required.

No only background images are gone with this update. Also, I don’t see camera feeds and emoncms graphs anymore (webview components).

Hmmm, here is the depiction on openremote 2.2.1 and the one of the prior version (which my wife keeps on her phone). Same controller, so I would say, there is problems with pngs not only in the background…
What I also discovered: at same point, the tab bar disappeared completely and doesn’t come back even after killing the app. So only re-installing the app helps to get back to the settings and other topics… 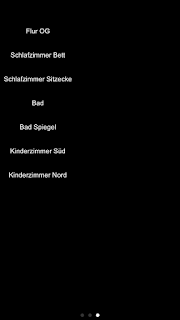 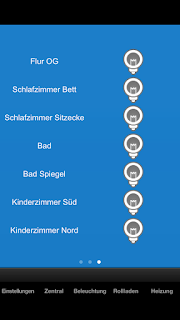 As the others report, all custom PNGs are gone (backgrund images, custom symbols). Sliders now work again. (Lights are dimming).

I’m having the same issue as Jim in 2.2.1; background and png button/switch/slider images do not load on any screens in my panel. In 2.2.0, 9 out of 10 screens loaded the images properly.
Interestingly, png images in the nav bar do load correctly the first time the nav bar loads (I have to go into settings and click “Done” for the Nav bar to load). However, once I click any nav item to change screens, all the nav bar png icons disappear.

My entire panel is custom png images, so this issue makes it very difficult to test; however, I can tell that the buttons still work; because I can somewhat remember where on the black screen the buttons are, and the controller responds when I click the right area. And sliders are visible, but just the default slider images, not the pngs.

Thanks Eric for your work on this!

Thanks all for the feedback.
Build 2.2.1.1 has been distributed as beta.
It fixes the most pressing issue of the images disappearing.
The TabBar should also be black instead of white.

We’ll work on other reported issues as soon as possible.

Now works fine! All images are displayed in my screen (background and button) and navbar is black, thanks again for this amazing app

Pd: I will test the app deeper to give you more feedback 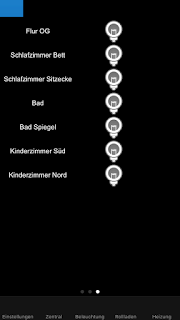 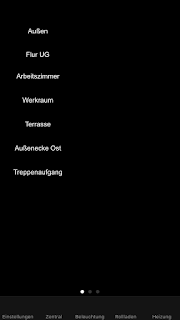 Thanks again Eric for the hard work; 2.2.1.1 is way better! Hope these notes are helpful:

Excellent work Eric. Testing again on iPhone 5c iOS 9.3.1 Console version 2.2.1.1.
Sliders work, all PNGs show. All functions and capabilities restored. Only small defect I notice compared to 2.1 is, that the alteration between image and pressed image is somewhat slow. If I hit a control quickly, the alteration does not happen at all, while the function is carried out. If I keep the control pressed for about half a second the pressed image shows.

I have been having a couple issues since the first update, was hoping to yesterdays update would fix them.

Hello, I have been looking forward to this update for a long time, I’m happy that we can now use the larger real estate of the newer phones. But, as stated above, I too have some of these same problems.

If needed I can post screen shots between the old and new app versions.

Once again thanks for all the work, this will be a great update once the bugs are worked out.