For those that are looking for a neat and discreet way to host an OpenRemote controller in your system, you'll be glad to know that we are very close to completing the development of a BeagleBone based solution.

At the moment we are testing a beta version of OpenRemote Pro with Velbus support on Debian Jessie 8.3.

There's still a little way to go until we are all completely happy to release it, but if anyone would be interested in taking the testing further with different automation hardware, please do join in this thread.

MDAR Ltd will be selling and supporting the hardware.

In addition to testing, we'd also be interested in getting some feedback about what such a solution should be expected to support and obviously how much people would consider to be a fair price for a pre-configured OpenRemote controller.

Many thanks in advance,

1) Do you have a non din-rail mounted version - I don't need to be rail mounted specifically....
2) I don't need velbus but would be looking to install the "sonos api http" bridge as well OR

I'll post some more information about the controller later this week.

As for a non din rail case, I'll look for an option

I did borrow a Sonos speaker from a friend to test with it, and it worked quite well.

We’ve been working on an alternative to the E-Box and have settled on a Element14 Beaglebone Black, which we can supply in a grey Din Rail case or a black desk top case.

The unit will come preloaded with a command line only version of Debian Jessie 8.3, running Java SDK 1.6, OpenRemote Pro 2.5 and if required a pre-configured JVelbusD server.

By default the unit is shipped with standard settings, but we are happy to make small one off changes during our pre-delivery checks to modify timezones, hostnames and passwords.

Rev C of the Beaglebone Black has 4GB of eMMC memory and 256Meg of ram, all of which appears to be enough to run a fair sized OpenRemote controller design.

There isn’t an online shop for MDAR currently as the cost of running the e-shop became more than the profit margin allowed.

We are happy to provide an invoice (with VAT where applicable) for all orders, which will detail payment options of Paypal or direct bank transfer.

The cost of the assembled and tested Openremote Pro Controller is £150 inc VAT and Postage (inc mainland Europe), this is approximately €189.00

We will make updated standard images available when the OpenRemote controller is updated, within a reasonable time to allow for testing.

For more information or to place an order, please email 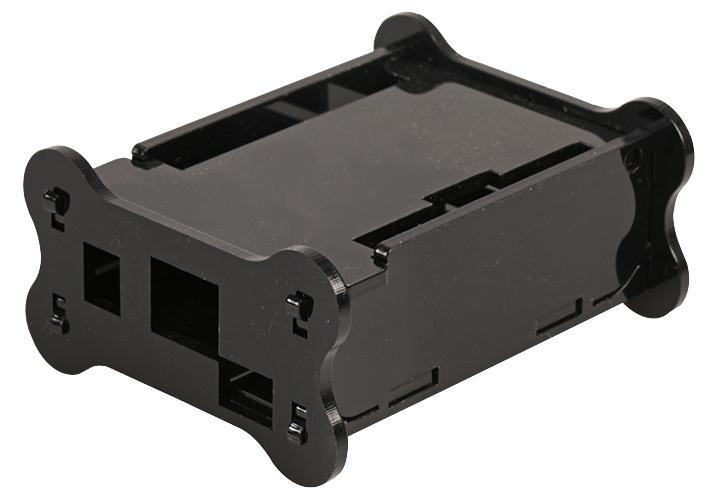 Hi Stuart,
I am interesting in one of Beaglebone OR controllers but I wanted to check my setup against the spec and your experience.

That sounds like a mighty installation you have there.

To be completely honest, I haven't tested the BeagleBone with Z-Wave at all, but I have pulled a couple of MP4 streams into an OR panel, but as the streams are handled directly by the client that won't make any difference to the server performance.

I've the a reasonable 2 network Velbus configuration running without any problems, which has upwards of 1500 commands and sensors.

So how about this for a suggestion.

Given that you'd be the first user to test the BBB with Z-Wave (that I'm aware of), I'd be happy to offer you a 6 month money back deal.

If within 6 months you decide that the unit isn't man enough to run your controller configuration, I'll buy the unit back from you.
Less the cost of postage and a 10% restocking fee, as long as the unit is in good condition.

However, I would like to ask for a review on your experience, giving an indication as to your thoughts on how many Z-Wave modules you feel it can happily handle.

As a curve ball thought, thre are a number of quad core and Octo core small single board computers out there now, if you fancy taking it a step further?

Thanks for the (sat morn) reply

The zwave control/OR is via my zwave controllers api so it was more a reference on the amount of http traffic I/O for the BB rather than a tigh integration with OR.

The count of 1500 on your largest installation sounds promising so I should be okay there.

Re the camera streams - Did you add these as a webview to the panel as I did. If yes… then I thought that the stream data would be handled/pass through the BB in order to be displayed on the OR Panel but I’m not 100% sure. ???

The offer to take back is generous but TBH if the BB doesn’t work for OR, I’d probably keep and use it for another project. Would be better to drop a few quid off it first day

Re the quad core/dal core… I do have a mini-ITX unit I recently build for another project that I can fall back on, but I may however opt for the BB enhanced as it’s got double the memory that the black (512 -> 1G) - there only seems to be £20 in the difference

There is one crux…

My move to the BB is contingent on OR being able to port the project to Pro Designer and 2.5 controller so I can leverage the extra features.

Do you know how close OR are being able to port the free designer projects across ?

I think it may be a fair bit of hassle to put 2.1/controller on the BB and upgrade to 2.5/Pro when the translation becomes available ?

I have created some panels, functionality they work well but am not 100% happy with the aesthetics, particularly the icons I use for my sonos players

Do you have a source or how do you solve the pro look and feel challenge ?

Would you also be willing to install the NODE SONOS HTTP API from Git- (not a problem if no, I can always do that myself)

I’ve attached some pics of the panels 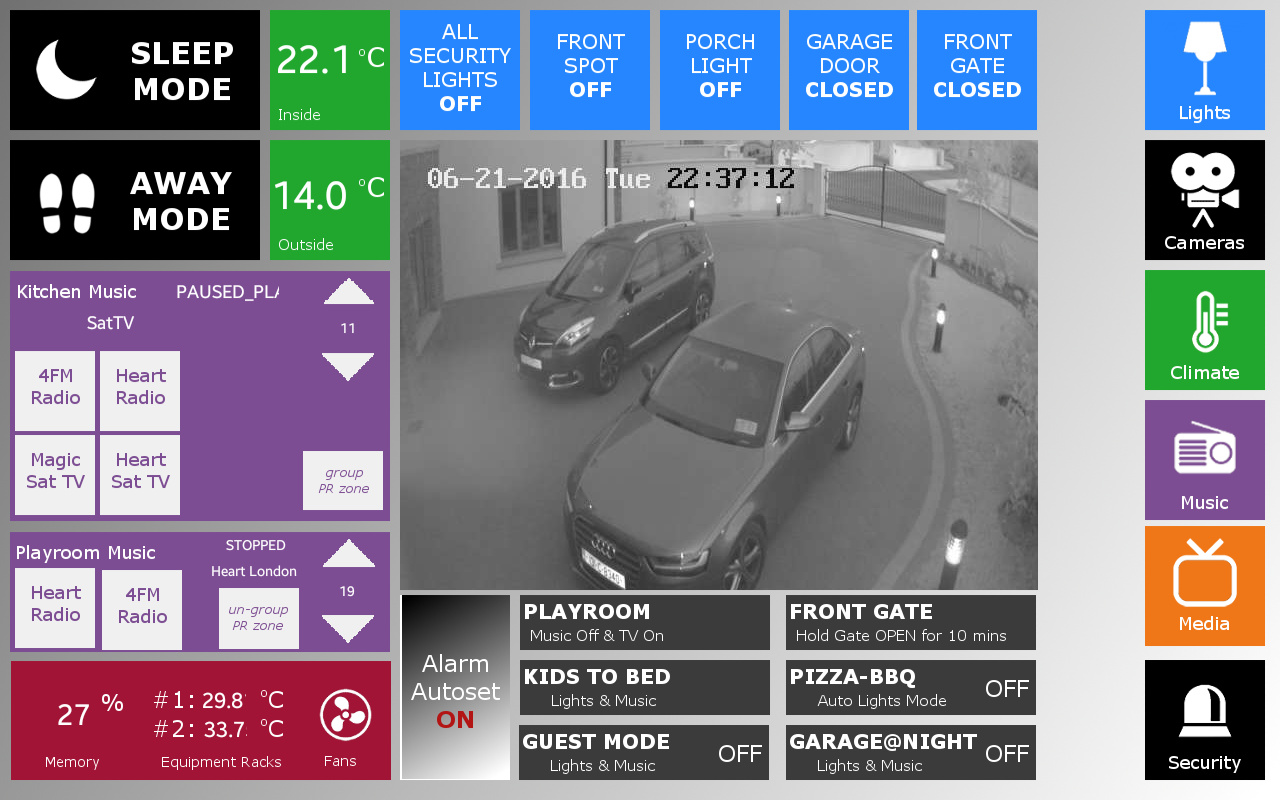 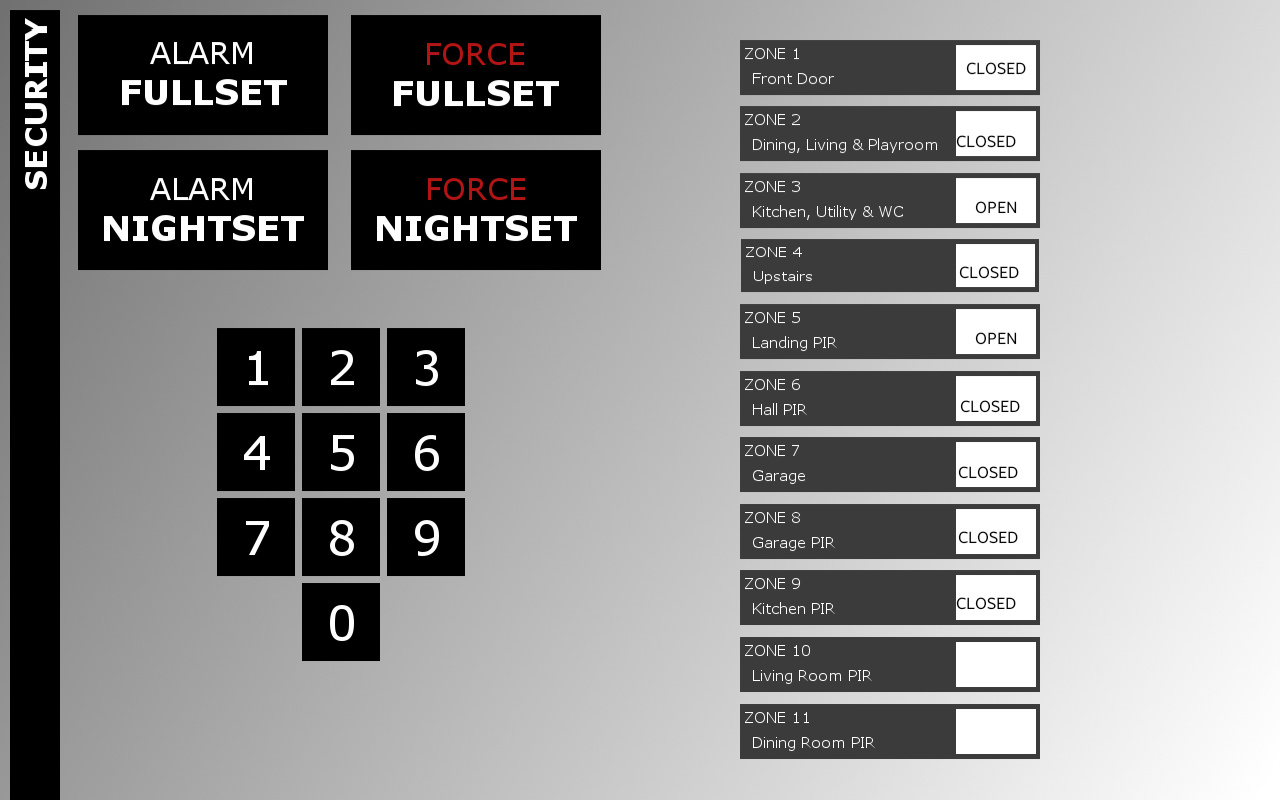 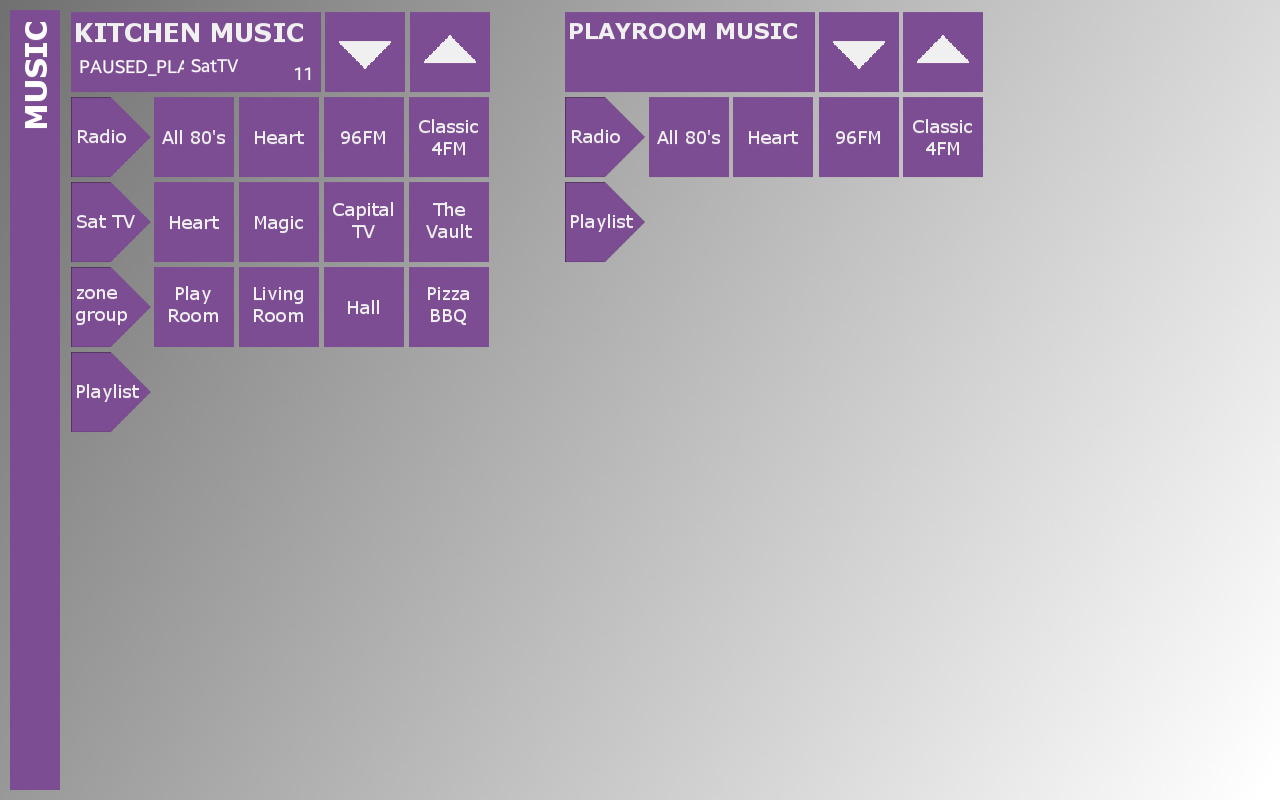 Hi Stuart,
Any thoughts on the above?

I've been a little busy with projects to spend a long time on answers here.

Just to help us all, in the future, could you separate your questions into topics?
Mainly because I primarily help with Velbus integration, any other answers I might give are just things I've discovered along the way.

So, to address your questions, as best I can...

I can only tell you that the OpenRemote controller talks to a TCP server app on the BeagleBone which handshakes the commands to and from a USB connection to a Velbus network.
In practise, this Velbus Server could be on a totally different computer. I have tested 3 simultaneous connections to separate Velbus networks without any major issues.

We have a project in the pipeline which will see a rack server version of OpenRemote communicating with >118 Velbus TCP servers.

I assume that Z-Wave works in a similar way, but I suggest you look for a Z_Wave expert for more help. (of which there are quite a few)

At first I thought that the OR Controller processed the stream before sending it to a client, so I configured some test WebElements with local URLs.
This worked well while the clients were on the same local network.
As soon as I tried to connect off-site, the WebElements failed to display.

Using an external URL solved that problem.
I must conclude that the client device handles the WebElement content directly.

I'm told that in recent versions of the Android app and WebConsole, clicks within the WebElement areas are passed to the web content, allowing for interaction.
For the record, I have't had a need to test this yet.

As for discounting the price of the Din Rail controller instead of offering a buy back, I can't do that for many reasons.

Regarding migrating your project from OR_2.1 to OR_2.5, please follow the pinned topics for more information.

As for creating a beautiful UI, I use the services of graphics designers for my clients, I would be happy to ask them to quote for your project.

And finally regarding Sonos, although I've tested it briefly with a BBB, I don't own any Sonos hardware so I would be reluctant to pre-install the server purely because I have no way of confirming that it works before I shipped the controller to you.

I hope that helps.

Did you guys succeed in getting the jvelbusd to run on a raspberry pi --> jessie.

I haven't touched a RaspberryPi at all, but we've got JVelbusD working on a couple of variations of Linux machines.

The secret seems to be getting RXTXcom.jar into the correct folders.

The advice I've been given is :-

4). Ensure rxtx native files are on java library path (librxtx-java should have already copied them to /usr/lib/jni so make sure java.library.path contains this path)

5). Ensure rxtxComm.jar is in a java extension folder (librxtx-java would have copied it to /usr/share/java but extension folder depends on JRE being used so look at java.ext.dirs property and then copy rxtxComm.jar to one of these folders e.g. /usr/lib/jvm/java-7-openjdk-i386/jre/lib/ext): -

Obviously the exact location that RXTXcomm.jar needs to be will vary depending on which version of Java JDK you have installed.

The reference to "java.ext.dir" in step 5 of the instructions is essential.

Please do let us know how you get on.

On a side note. Could you comment on how well the RaspberryPi runs with its OS running from the SD card.

I'm very tempted to try the Quad core version of RaspberryPi to see if the Java processes make good use of the processor cores.

RXTXcomm.jar is actually a SymLink to the actual RXTX jar file.

In one case this is
RXTXcomm-2.2pre2.jar

There hasn't been any RXTX development for years. Can jvelbusd be configured with https://github.com/NeuronRobotics/nrjavaserial as a drop-in replacement?

This is much easier to install as it automatically picks the right native libraries, so you shouldn't have to install anything extra.

The latest version seems to be this: https://search.maven.org/#artifactdetails|com.neuronrobotics|nrjavaserial|3.12.1|jar

I haven't tried the newer version of RXTX yet, but only because I haven't had an issues with the original version... Yet

For all those that are interested, I've created a GitHub page with instructions on getting JVelbusD running.

Hi Stuart, i tried getting a raspberry pi up and running but i didn’t got verry lucky with it, the solution you got with the Beaglebone , if i understand correctly it’s ready for velbus and it has the Pro openremote controller installed on it ?
What’s the cost for it incl. shippment to Belguim

I'm sorry you haven't had any luck getting a Velbus server up and running on your RaspberryPi, I was rather hoping it would work for you.

Did you try the VelServ application that is mentioned in that post you saw on the Vellerman forum?

If you'd like one of the ready configured OpenRemote boxes I've put together, I'm selling them for €150 + VAT (including postage to BE)

Please email me directly if you'd like to take one.