I was unable to complete the npm run serve command as tsc hadnt been installed, I got around this by installing typescript globally with npm.

Then I had the problem the module orutil could not be resolved.

This issue was solved by running
chmod +x gradlew
and then ./gradlew modelWatch

Which allowed the npm run serve command which outputted this: 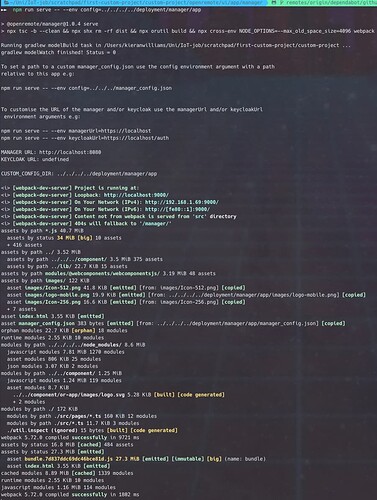 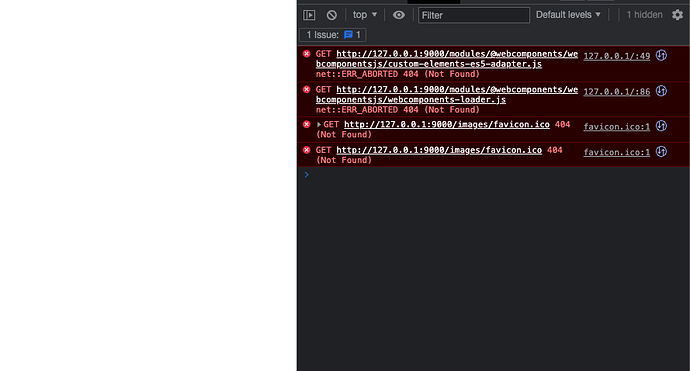 I have also tried ./gradlew build but that did not solve the issue

Thanks in advance for any assistance.

Note the trailing / is required

Thank you. I am now getting this issue however:

My docker container has built from the command:
docker-compose -f profile/dev-testing.yml up --build -d

Do you run the manager using your IDE?

I use neovim as my code editor. I am running the ‘npm serve – --env=…/…/…/…/deployment/manager/app’ script in my terminal. Is there a manager backend I need to be running?

I only have 1 docker container running called profile.

I have gotten it working by using

should the docs be updated or have I missed something?

The difference is that dev-ui runs the manager, while with dev-testing you have to run the manager using the IDE. If you are just working on the UI or a custom app, dev-ui is fine.

Good that you got it to work

If you have any more questions feel free to post them.