Hi,
I’m trying to install the Openremote V3 so I followed the get start steps one by one, I’ve prepared the environment as stated in step 1 and I’ve cloned the source code folder.

After running the command : “docker-compose pull” as stated in the quick start tutorial I get this error :

ERROR: build path C:\Users\bhami\openremote\manager\build\install\manager either does not exist, is not accessible, or is not a valid URL. 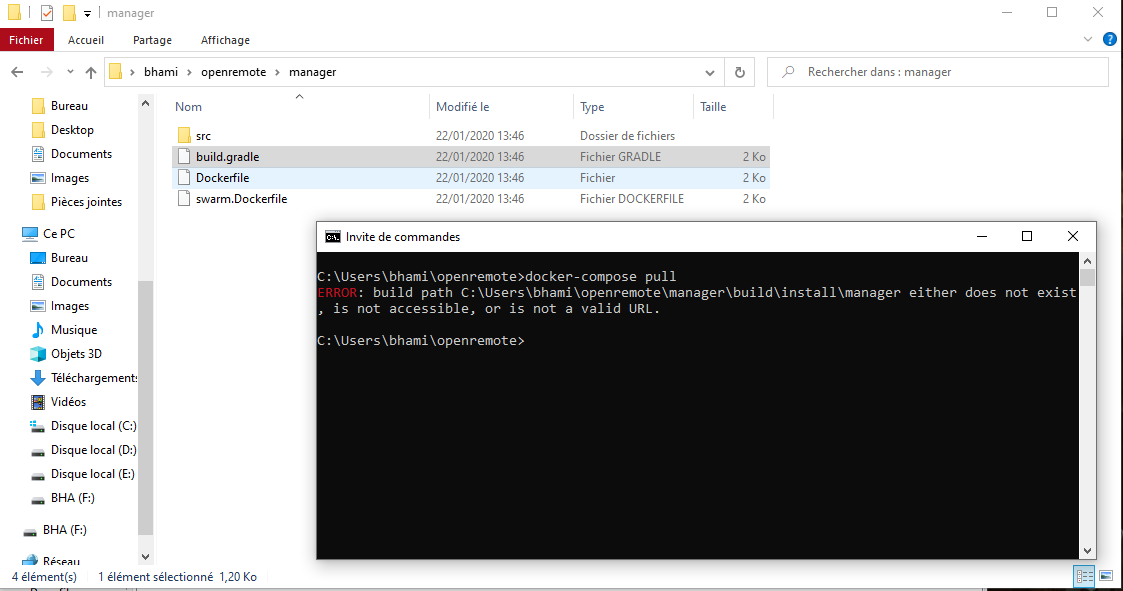 Already replied to you directly but putting here for other users...

It's a long standing bug in docker which I've been hoping they'd fix sooner rather than later but I guess not.

Just create that folder it is looking for...it is a build artifact which isn't needed when pulling images from docker hub only when building the image from source but docker still looks for the directory (hence the bug).