hello,
I would like to ping my phone’s ip (fixed) so i can control some actions with it when i’am on my network and i was thinking i run a shell script that returns a message or value.

The script works from terminal, but i can’t get the value in OR, the label shows “N/A”.

Or should i use some other methode.

i tried to ping it in Node-red , it also works but then i got stuc to get it to OR.

i just needs some hints 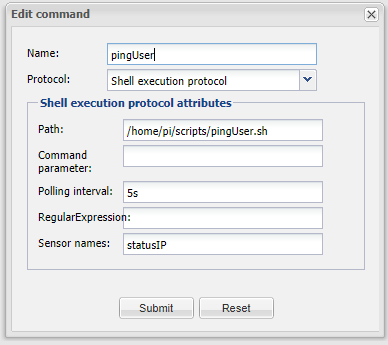 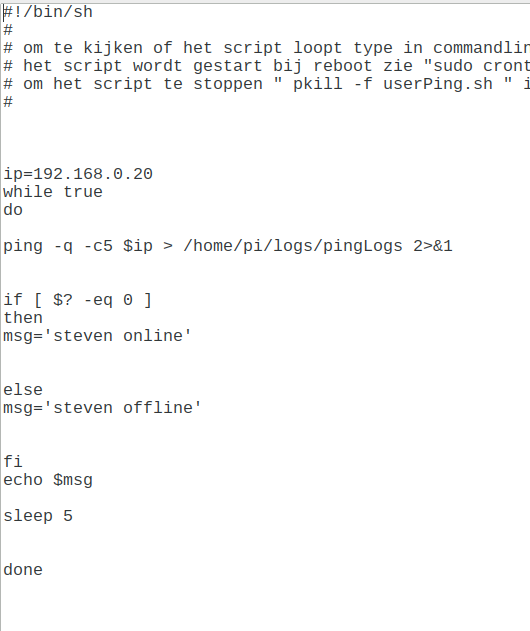 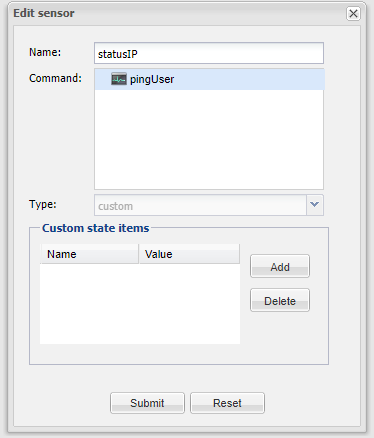 this works for me:

change localhost to the desired ip adress, i have the script in the /openremote/bin dir

thanks for the reply, but still no luk, it works in terminal and text file is updatet but the sensor in OR isn’t
now i was thinking of using java code in the rules, is it possible to use something like this

if you tie a label in designer to the sensor it will show if offline of online. clear the sensornames field in your shell command its not needed